On Wednesday morning, workers at an Amazon warehouse in St. Charles, MO will present local management with a petition and a list of demands signed by more than 350 co-workers. After delivering the petition, the workers plan to hold a small rally with supporters outside of the warehouse.

“On top of being unsafe in the workplace, they have really high demands and they are not willing to pay for the demands,” says Kayla Breitbarth, a three-year Amazon employee who works as a stower. “We are the slave labor of modern day. We should be getting paid a whole lot more for what they are expecting out of us.”

The nonprofit Missouri Workers Center has been helping to organize the Amazon workers and put together the Wednesday morning action. The petition makes five demands of the company:

J. Lopez, a process assistant at the STL8 facility, spends his workday helping coworkers troubleshoot issues on the warehouse floor. Many of the workers there are struggling with anxiety, he says, due to the high production quotas, extra responsibilities, and hair-trigger termination policies.

“The rate that they want people to do for 10 to 11 hours a day, not even a super-athlete would do that because they know it’s not good for you,” he says. “We have something called ‘water spiders,’ they load everybody’s sled. They call them that because water spiders can literally never stop moving or they’ll die. Amazon needs to stop treating their workers like robots.”

Breitbarth, a single mother of four, moved from Washington State to Missouri a year ago. She says that the warehouse’s safety hazards are compounded by substandard medical care provided by the company, a service that workers are forced to use after any accidents.

“We should have the freedom to choose our own medical professional because it’s our body and they should not have any sort of control over that,” she says.

Organizing at the facility began after management ignored regular requests for cost of living increases, an end to the pay cap, and other modest improvements. Requests were made in person, on the employee app, and during group discussions.

“I’ve had these conversations with them and they haven’t had any good rebuttals,” Lopez says. “It’s always just like, ‘Oh, we’re doing a survey, we’re looking for the data to see if we’re paying a competitive price or wage and we’re gonna get back to everybody at the beginning of fall.’ These questions were going around in March, people have been asking and asking, and they have yet to respond. And that’s basically what brought us here.” 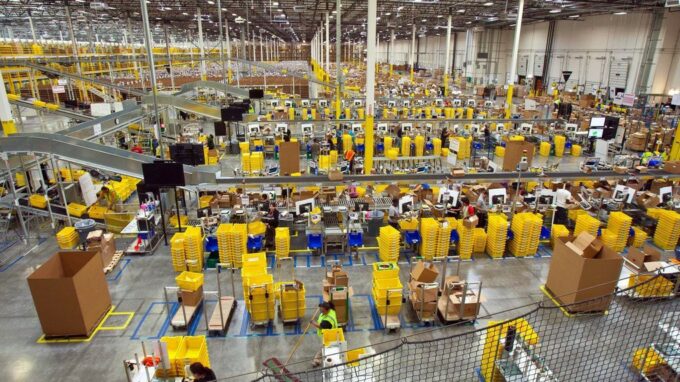