Rochelle Garza, the Democratic nominee for Texas Attorney General, is pledging to investigate the Electric Reliability Council of Texas, which manages the state’s faulty grid and contributed to the deaths of more than 700 people last year, and to use her power to hold the power companies responsible if elected in November. Garza and Republican incumbent Ken Paxton are currently in a dead heat, with recent polls showing Paxton with a slight lead.

When Winter Storm Uri hit the state in February 2021, nearly 5 million Texans lost power for days, with many struggling to keep warm. Around 700 people died as a result of the grid failure. “It was a really traumatic experience for a lot of Texans,” Garza told More Perfect Union, adding that no one was ever held accountable for what unfolded during the power crisis. Senator Ted Cruz famously fled to Cancun while millions of his constituents dealt with power outages in the freezing cold. Paxton also left the state, traveling to Salt Lake City, Utah, as Texas declared a state of emergency.

“ERCOT was not forced to weatherize the power grid — they should have weatherized it in the first place. They did not, and they have not been forced to by our statewide leadership, including Ken Paxton,” Garza said. “And the power companies that made money off of this, that are now forcing that cost onto Texas consumers, they’re not being held accountable either. Ken Paxton has not held anyone accountable for the financial ruin that Texans have experienced. That is not something that I would allow to happen.”

Over the course of his career, Paxton has received hundreds of thousands of dollars in campaign contributions from major power companies, including from ERCOT member companies and their PACs, executives and employees. His campaigns have raked in at least $272,615 in donations from current ERCOT member companies as well as from trade groups like the Texas Oil and Gas Association and Rural Friends of Electric Cooperatives.

Brad Jones, the interim president and CEO of ERCOT, was vice president of government relations for electric utility Luminant from 2007 to 2013, according to the timeline on his Linkedin profile. While working at Luminant, Jones made regular contributions to parent company Vistra Energy’s PowerPAC. The Dallas-based PowerPAC of Luminant made a contribution to Paxton in 2012 and then again in 2016.

The top five biggest companies in the Texas power grid supply chain have given nearly $100,000 to Paxton throughout his career, according to Follow the Money data that includes donations from those companies’ PACs and employees. And Paxton’s top donor in the 2022 election cycle — the Republican Attorneys General Association — itself has taken more than $390,000 in donations from ERCOT members from January 2021 to the second quarter of 2022, including from Valero, ExxonMobil, CenterPoint Energy, and American Electric Power.

The state’s electric grid, and last year’s catastrophe, have become potent issues heading into the midterm elections. Extreme temperatures in the winter and summer have strained the state’s fragile grid, and power companies are using the boost in demand to overcharge consumers, reaping windfall profits. In response to record-breaking heat waves this summer, ERCOT asked Texans to conserve energy to protect the grid from blackouts, making sure their thermostats aren’t set below a certain number.

Garza vowed to use the full power of the attorney general’s office to investigate those responsible for the power grid failure, adding that Paxton is beholden to his corporate donors. Paxton, who has been under indictment for securities fraud for almost his entire career, is also under a separate FBI investigation over bribery and abuse-of-office allegations.

“I would ensure that we are using the Consumer Protection Bureau to protect Texans, to make sure that they’re not paying exorbitant fees when it comes to their electric bills and that we have accountability for any price gougers,” she said. “My goal is to make sure that we are holding power to account, and that means any bad actors that are taking advantage of everyday Texans and families.” 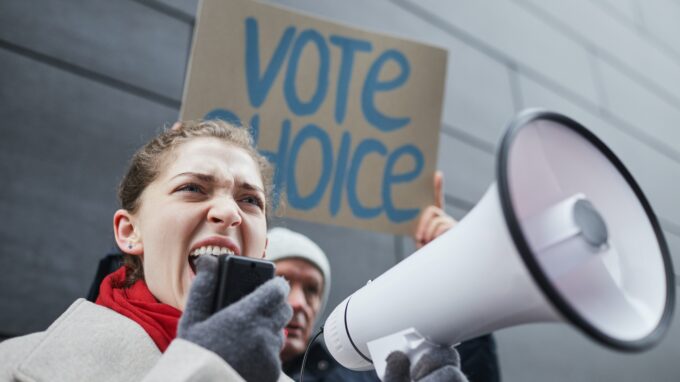