Leaked footage obtained by More Perfect Union reveals a dramatic confrontation between a Starbucks manager in Phoenix, AZ, and a 19-year-old union leader. The manager handed Laila Dalton, a shift supervisor at the store, a long list of supposed infractions dating back six months, prompting tears and protests from Dalton, whose hospitalization for a sudden illness was at the center of the list.

“You guys are, like, out to get me cause I’m the only one that speaks up and it’s not fair,” Dalton tells the manager as she runs down the list of allegations. Most of the accusations involve Dalton texting instead of calling to report an illness or emergency absence, which had not been raised as an issue until that point.

The manager offers little sympathy, citing obscure passages in an employee handbook. When Dalton suggests through tears that she might want to quit, the manager jumps at the opportunity and begins looking for a piece of paper on which her devastated employee could write a letter of resignation.

Dalton has worked at Starbucks for the past three years and says she’d never previously received any formal rebuke or reprimand. She was handed the unprecedented corrective action sheet on a Monday, during her first shift back in the store after handing out union cards on Saturday. The organizing workers had planned on going public with their union that Tuesday.

“Laila had stood up to management in the past over being treated unfairly,” says Tyler Gillette, a barista and member of the union organizing committee, “so once they got wind of the unionizing, I feel like they definitely chose to target her.”

Workers worry they’re next to be targeted by the coffee giant. Workers say the footage made them fearful of future retaliation against union supporters. “I felt like maybe I would be targeted next because I was a part of the union,” says Sofia Lugo. Since the shooting of this piece, Sofia was forced to quit due to her hours being cut.

While her manager tried to verbally intimidate her, Laila refused to back down. “Starbucks corporate might think they’re untouchable but, when you have a bunch of people all over the whole country who are supporting others and love their company and want to do the best to have better working conditions… we are going to make change because it’s not just me,” Laila says. 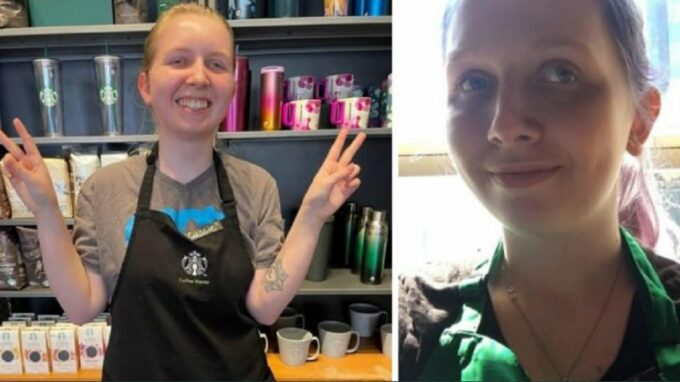