About 8,500 grocery workers at Kroger-owned King Soopers are on strike, demanding an end to Kroger’s greed. The Colorado workers at nearly 80 grocery stores have been on strike since January 12, fighting for livable wages and healthcare.

The grocery chain’s parent company Kroger has recently come under fire for the treatment of its workforce.

A recent survey of 10,000 Kroger employees revealed 3 out of 4 workers face food insecurity, with 14 percent experiencing homelessness in the last year. Yet for years, Kroger executives have known that most of their workers live in poverty, according to a leaked memo sent to More Perfect Union.

Workers rejected the company’s most recent contract offer on January 13, which had a base pay only pennies above Denver’s minimum wage.

“It’s very disappointing to know that the CEO made over $20 million and we have workers here that are struggling everyday just to put food on the table and feed their families,” Carol McMillan, a King Sooper worker said.

In March 2021, a mass shooting occurred inside a King Sooper store in Boulder, CO, killing ten people including workers and customers. Traumatized employees who witnessed the events received little support from the company.

After just a few weeks, workers were required to use sick days for any additional time off to recover from the events.

“We would like King Soopers to remember who we are and what we do for them. And we’d like them to respect us, protect us and pay us,” McMillan said. 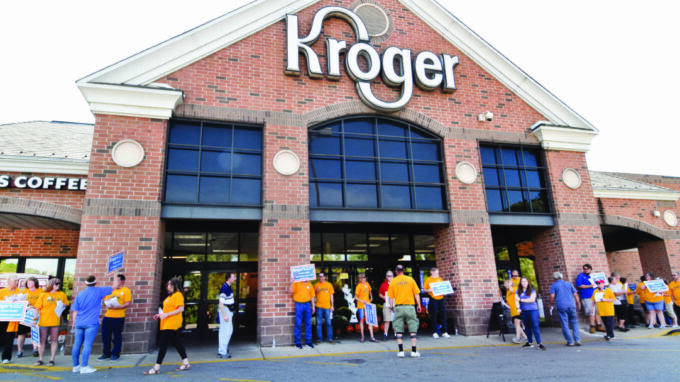