Major Wall Street banks are making billions from the Federal Reserve’s efforts to fight inflation, while American consumers are loading up on debt and falling behind to pay for necessities.

Combined, the Wall Street titan’s net interest income – a financial metric that measures the difference between what they paid on deposits and what they earned through loan interest – topped $61 billion for the quarter. That means banks are extracting huge amounts from credit card interest while paying the bare minimum to those with savings accounts. Last quarter’s results amount to a 36% increase from the previous year. 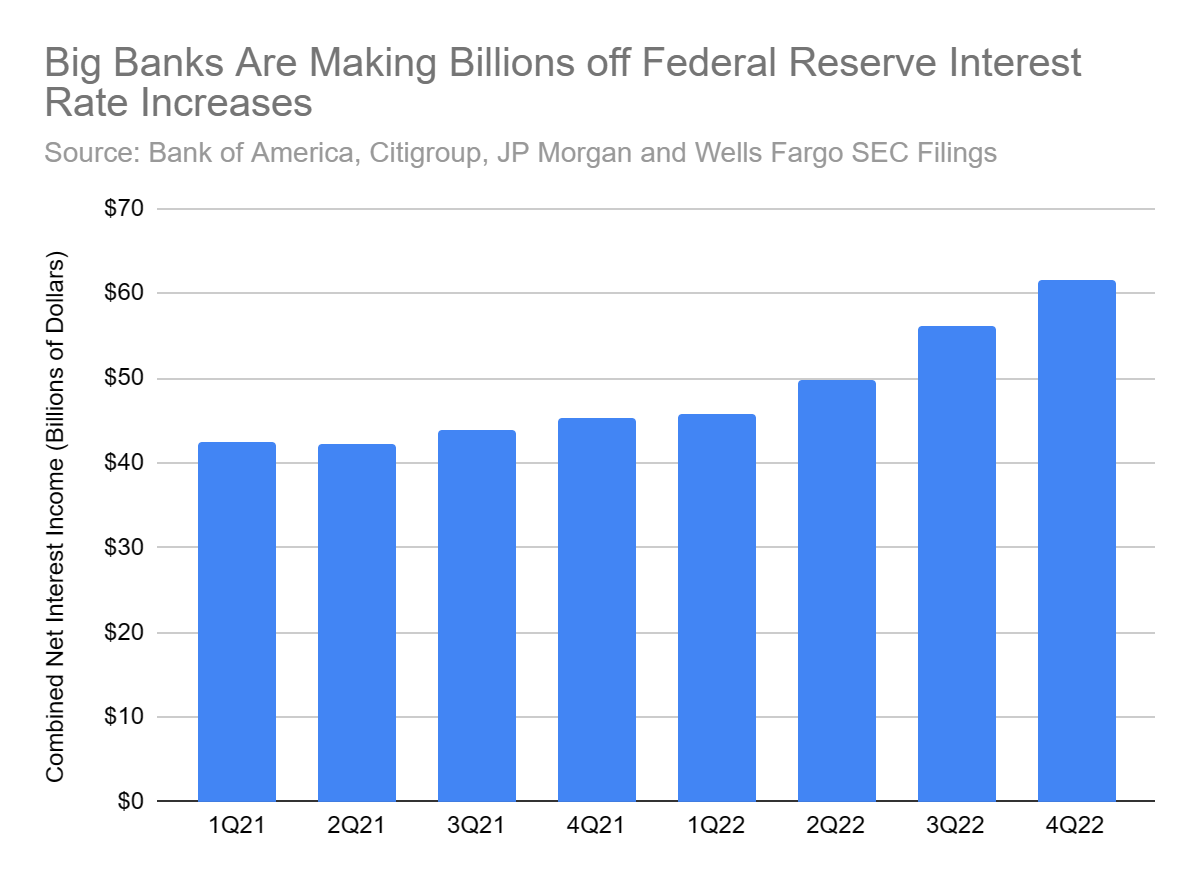 With inflation soaring over the last year and government assistance drying up, consumers are resorting to credit cards to pay for basic expenses. Aggregate American credit card debt increased to $925 billion this month–the largest year-over-year increase in 20 years. 46% of credit card owners carry monthly credit card debt. Qualitatively, the most common answer to a US News and Report question about the cause of credit card debt was “increased cost coupled with insufficient income.”

Meanwhile, Big banks are profiting from the Federal Reserve’s interest rate hikes while saddling the consequences on consumers. Banks typically tie a credit card’s interest rate to actions by the Federal Reserve. The Fed’s actions have pushed the average credit card interest rate over 23%, a 30% increase compared to pre-pandemic levels. This helped J.P. Morgan, America’s largest bank, blow past its own internal profitability goals. Meanwhile, the dual mandate of inflation and rising interest rates has the industry preparing for an increase in consumer defaults.

“We’re seeing pretty clear signs from the country’s four largest banks,” Jenny Surane said on Bloomberg, “that consumers are borrowing more and increasingly starting to fall behind on their credit card payments.”

In a competitive market, consumers should be seeing some benefit from the Fed’s actions in the form of higher returns on deposits in checking and savings accounts. But so far consolidation in the banking industry has kept any benefits in check. 100 years ago, there were around 36,000 banks in America. “But today,” Jeremy Kress, law professor at the University of Michigan wrote,  “just six financial conglomerates control half of the U.S. banking system.”

Now, Executives are signaling that changes could be coming. “We’re going to have to change saving rates,” JP Morgan CEO Jamie Diamond told investors this quarter. “Now we can do it at our own pace and look at what other people are doing. We don’t know the timing, but it will happen.”

In a competitive market, consumers wouldn’t have to wait so long. Executives certainly wouldn’t be able to collude around them. 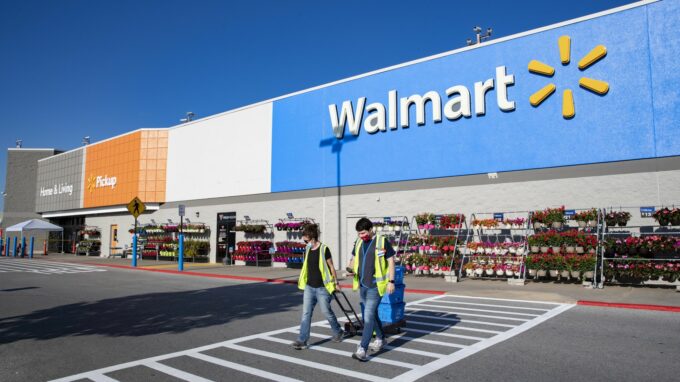 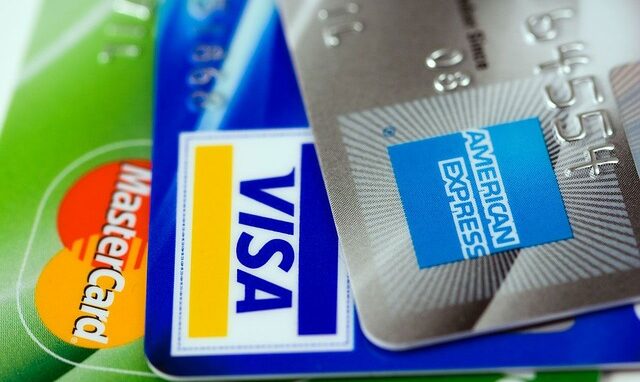