Tensions flared during a meeting between Starbucks CEO Howard Schultz and workers in Long Beach, CA on Friday, closing out a tumultuous first week for the returning executive.

Madison Hall, a 25-year-old barista and union organizer, says that the 68-year-old billionaire repeatedly bristled at and cut off their questions about Starbucks’ handling of the growing union movement within the company.

“If you hate Starbucks so much, why don’t you go somewhere else?” Schultz told Hall, they recalled.

Hall, who has been leading the unionization effort at the Second and Covina store in Long Beach, was offered a last minute invitation to the gathering by their manager on Thursday evening. The event took place in a conference room in a building near the Long Beach Airport, and was pitched to them as “an opportunity to meet with senior-level management,” with little other context.

There were about 20 workers from various stores in the Long Beach area in attendance, along with management-level Starbucks employees. The event began with a full replay of the hour-long speech that Schultz gave to the entire company via live stream on Monday. The CEO attacked Starbucks Workers United several times throughout the speech, calling them “outsiders trying to take our people” and part of a nationwide “assault” on corporations.

Schultz then arrived to participate in a moderated two hour session that included several activities and a Q&A with workers. Some baristas were in awe of Schultz; others were more skeptical, Hall says.

According to a statement give to More Perfect Union by a Starbucks spokesperson, the “focus of the meeting was about ways we can improve the partner experience and the various ways we can co-create the future of Starbucks together.” Similar meetings took place in Seattle and Chicago last week.

During one activity, workers were asked to answer several prompts by writing answers on sticky notes and placing them on the white board with the corresponding question.

In response to a question asking how Starbucks could rebuild trust between management and workers, Hall says that they posted a note that said “Sign the Fair Election Principles and be honest and transparent about what’s happening to pro-union workers around the country.” Several other workers added stickers to denote agreement with the sentiment, but when Hall tried to bring it up during a group discussion about honesty and transparency, Schultz refused to comment.

“You are constantly telling us that you are not anti-union, you’re constantly saying that you respect our right to unionize,” Hall says they told Schultz.

“We’re not going to talk about that,” Schultz replied.

The friction continued to grow. Hall says that when they mentioned the several federal complaints filed by the NLRB against the company for illegally harassing and firing pro-union workers, a number of other baristas began murmuring, seemingly unaware of the charges. Hall says they tried to explain the NLRB’s actions, but was again cut off by Schultz. A challenge over whether Starbucks offered the best benefits in the retail industry was also interrupted.

“Then he went into a long rant about the history of Starbucks and how he used to be poor,” Hall reports.

Hall says they pursued the line of questioning, only to encounter more hostility.

“I said, ‘You say you’re not anti-union, but on July 1 2021, [Starbucks was] found guilty of retaliation in Philadelphia,’” Hall relays. “That was when he got super-defensive and cut me off, saying ‘We’re not talking about this.’

“It was very, very bad. He was getting very aggressive with me,” Hall adds. “And then he went on another rant, and he told everyone else that he’s sorry that this was brought up, that this isn’t what [the event] was about, and he had his hand pointed towards me like I was a problem.”

The Starbucks spokesperson told More Perfect Union that “Howard and others in the room requested to get back on track and shift the focus back on the whiteboarding sessions and what they were working on together.”

Schultz, long known as a virulently anti-union executive, has led Starbucks for most of the past 35 years. After pushing to decertify the UFCW union that some members of the company belonged to when he bought Starbucks, Schultz has been at the helm during several crackdowns on attempted union drives.

In 2009, he lobbied the White House to kill the Employee Free Choice Act, which would have made it much easier for workers to unionize without threat of intimidation or firing. When Schultz left Starbucks to float his third “centrist” presidential run in 2016, he famously said, “unions are not the answer.”

In the fall of 2021, he addressed unionizing workers in Buffalo with a speech loaded with uncomfortable allusions to the Holocaust. There was a direct confrontation with a pro-union worker during that event, too, and it helped spur along a movement that has now reached 15 unionized stores and 185 more waiting for either their certification or election dates. This despite Starbucks’s ongoing engagement in an unprecedented anti-union campaign that has cost the company vast sums of both money and public goodwill.

Hall has been organizing their store in Long Beach for months, a process that enjoyed early initial support but was set back by a flurry of one-on-one meetings with managers and deep hour cuts. Over the past few weeks, through direct conversations with co-workers, Hall says that support has begun to grow again and that they anticipate filing signed union cards in the near future.

Also on Friday, Starbucks was hit with another formal complaint by the NLRB for its unlawful February firing of seven workers at a Tennessee location. Collectively known as the Memphis Seven, they’ve been traveling the country to attend protests and speaking out against the company’s union-busting.

This past Monday, hours after Schultz’s open forum with Starbucks employees worldwide, the company fired Laila Dalton, a Phoenix barista and union organizer who had been subject to more than two months of harassment by management. Her treatment also earned a formal complaint by the NLRB. 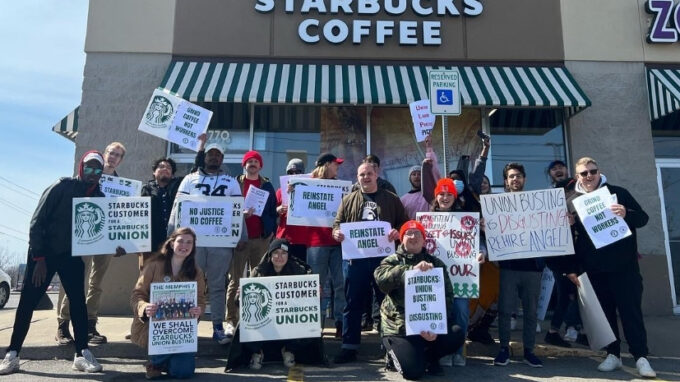 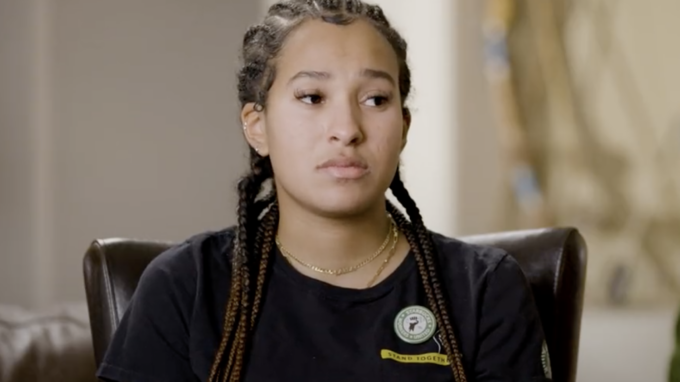 Starbucks Fires Union Leader For Protecting Herself Against Harassment