Striking concrete workers in Seattle have shut down the city’s $23 billion construction industry. The Teamsters are fighting for higher wages and better health benefits for retirees.

“”The working class, blue collar American deserves to be treated with respect. We’re not meant to just go to work, go home, and die. We have lives to live. That’s what we’re fighting for here,” one striking worker told us.

In November, 34 workers walked out. Now over 300 workers from 6 companies are on a general strike. 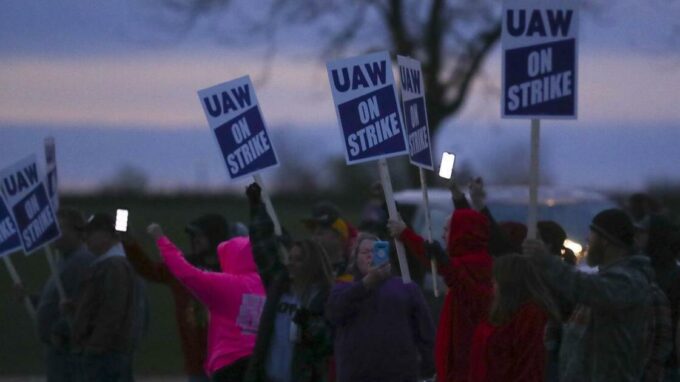 8,500 Kroger Workers Strike for Their Lives