The stakes in this under-the-radar Georgia Labor Commissioner’s race are huge. A former Department of Labor employee was indicted for human trafficking last year. And the department has delayed and denied unemployment checks for thousands of Georgians. Workers say it needs major reform now.

Joy Flowers: How do you keep telling somebody, “I’m still waiting for my unemployment”? I lost a lot of friends. I lost a lot of loved ones… We’re like a year and six months later.

The Georgia Department of Labor is racked by scandals causing immeasurable harm to Georgia workers.

[News clip]: 24 people are charged and more than 100 victims have been rescued following a major labor trafficking investigation.

[News clip]: Georgians are suing the Georgia Department of Labor.

[News clip]: People want answers about why their claims are not getting finished.

The dept was recently implicated in a massive human trafficking bust, and is failing to administer the unemployment system.

Joy: So these are the documents that I have kept a record of since I’ve been going through my January 2021 claim with the Department of Labor. This is my original date that I filed: 1/17/2021.

Rep. William Boddie: The COVID 19 pandemic basically exposed this Department of Labor in this administration, that it was not set up to deal with day-to-day operations, much less a global pandemic or economic recession.

Joy: For actually a year and some, I had been trying to contact them, asking for help on what to do and how to do it, because I knew nothing about unemployment. That was my first time being on unemployment. I have gotten no result.

Rep. Boddie: A lot of the appeals, over 20,000 appeals, were at the forefront of that lawsuit, should have been heard within 30 days, which is the national average. Those appeals have not… some of them have not been heard in over a year

Joy: It has really cost me a lot. First of all, my mental state going through all this has not been exactly good. You know, loss of sleep. Like I said, I’ve lost friends because I owe people money. I almost came close to homelessness. And when you try to explain to someone, I’m still waiting over a year. [They ask]: You still waiting? Yes. I’m still waiting.

Worker advocacy groups and unions have called for major reform at the Department.

They are supporting State Representative Boddie in this year’s race for Dept Commissioner.

Rep. Boddie: I’ve talked to constituents that were contemplating suicide because they did not receive their unemployment benefits at all, and they had to figure out how they were they going to pay their bills on Friday.

I have been working constantly since I’ve been here. Constantly. One year I worked four jobs. I worked one full-time, three part-time jobs. Just to make ends meet down here. But, you know, for me to be overlooked and me to be just like thrown to the side, like nothing. I’m a taxpayer. I paid into this unemployment. I feel like I’m being penalized, but why?

The Georgia DOL is responsible for enforcing basic labor laws in the state.

But farmworkers in Georgia were recently at the center of one of the biggest labor trafficking investigations in history.

Rep. Boddie: This is a serious situation where we had an employee of the Georgia Department of Labor that was tasked with monitoring the H-2A migrant workers who are here on visa in the state of Georgia, legally, to help with our farm workers. And this particular employee was actually selling migrant workers into slave labor.

The outcome of the race for commissioner this November could have an outsized impact on workers across the state.

Joy: I think that they need to be aware of all the issues that people can go through when stuff like this happens. You know, I mean, if they knew what I went through… maybe it doesn’t matter to them, but it matters to me and it matters to other people.

Rep. Boddie: The state of Georgia needs a labor commissioner that’s going to put Georgia Workers first. I want to provide opportunities for all Georgians to have a living wage. And as labor commissioner, I look to implement policies and also advocate for pro-worker legislation at the Georgia General Assembly to get that done.

The campaign of Republican candidate, State Rep. Thompson, did not respond to a request for comment. 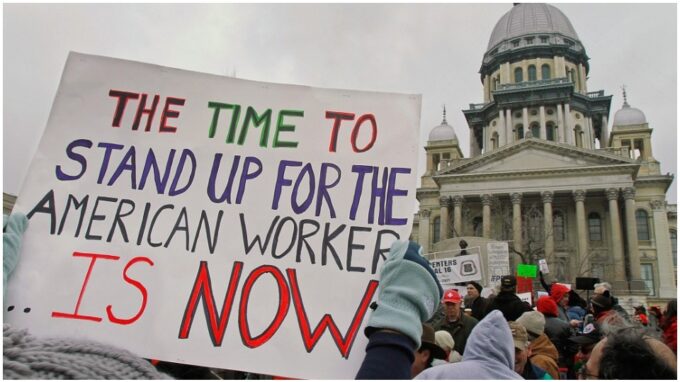