Starbucks will announce on Monday that it is ending its long-standing Covid pay policies, according to documents obtained by More Perfect Union. The company will then exclude workers at unionized stores from new paid leave benefits that will be implemented soon.

“Temporary self-isolation pay, vaccine pay, and side effects pay will conclude for all stores with the close of the fiscal year on Oct. 2,” the company wrote in a memo to store managers. “With this change, partners may use available sick and vacation pay if they are required to isolate and will continue to follow COVID-19 self-isolation guidance as well as the existing illness policy.”

The current guidance requires that workers self-isolate for five days if they test positive for Covid.

The change is a dramatic one. Currently, the company offers two rounds of isolation pay per quarter to store workers that test positive for Covid-19 or are exposed to someone that tested positive. Each round lasts five days, after which workers must use their paid time off. Starbucks also provides two hours of paid time off to receive Covid vaccinations and boosters, as well as four paid hours to cover side effects from the vaccinations. Now, workers will still have to self-isolate for five days, but will not be expressly paid for doing so.

Predicated on the assertion that Covid is entering “into the endemic phase,” the memo teases that Starbucks will soon roll out improved PTO policies, including “faster sick time accrual.” Starbucks insists that labor law prevents them from extending the same to the 230+ stores that have voted to unionize.

“At stores where workers have union representation, federal law requires good faith collective bargaining over wages, benefits and working conditions which prohibits Starbucks from making or announcing unilateral changes, including with respect to sick time accrual.”

As a result, the memo suggests that Starbucks is legally permitted to unilaterally strip unionized stores of the current Covid leave benefits, but banned from implementing the new benefits in those stores.

This marks a continuation of the company’s strategy of driving a wedge between union and non-union stores, part of an effort to kill the enthusiasm for a historic organizing drive. Starbucks has regularly provided new pay raises and benefits to non-union stores while refusing to extend the same to workers at unionized stores.

In late August, the NLRB issued a complaint that accused Starbucks of breaking labor law by refusing to provide improved benefits to unionized workers. Starbucks counters that all new benefits must be determined in collective bargaining, which the company has regularly delayed since January. 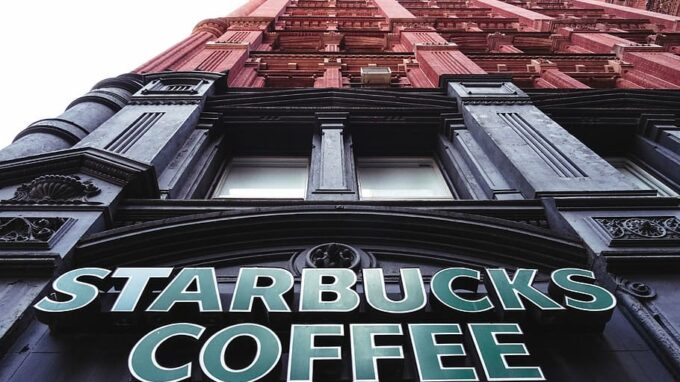