Workers who test video games like Call of Duty for Raven Software, a studio within Activision Blizzard, are demanding an end to exploitation. Workers experience chronic motion sickness, eye strain, and low wages due to chronic overwork.

Quality Assurance (QA) testers are the workers who ensure the game is bug-free for players. But they’re often only hired as temporary contractors and forced to work up to 14 hours a day for poverty wages. Several workers at Raven Studios are on food stamps.

Activision Blizzard is at the center of a recent lawsuit by a California state agency after a two-year investigation showed a toxic company culture of sexual harassment and discrimination towards female staffers.

Raven Software workers announced the launch of their union the Game Workers Alliance (CWA) in January. If they win their election, it would set the stage for union campaigns at big gaming companies and revolutionize the industry. 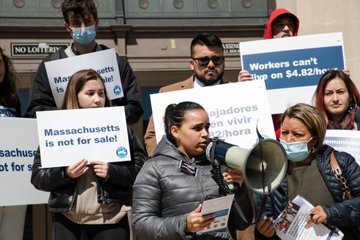